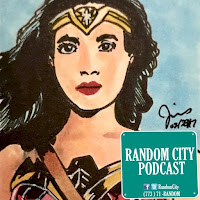 In the 61st episode of the Random City Podcast, the current DC Cinematic Universe (Man of Steel, Batman vs Superman: Dawn of Justice or Suicide Squad) is discussed leading up to the premiere of Wonder Woman.

Later this year, the Justice League will also debut.  Marvel has had the upper hand in the cinemas for almost a decade, but this could be the turning point for DC movies.

Listen now in Google Play, iTunes or Stitcher!  You can also stream this episode here via the Stitcher play embedded below:

If you would like to share you thoughts about Man of Steel, Batman vs Superman: Dawn of Justice or Suicide Squad, please contact us via email, voicemail or social media. 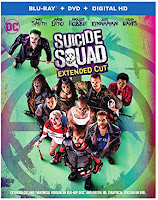 Suicide Squad and Batman vs Superman: Dawn of Justice are available on Blu-ray, DVD, and Digital.  These films and many other hollywood blockbusters are also a part of the HBO Channel, at Amazon.

Currently, Amazon is offering a seven day free trial of the HBO.  With the trail, you have access via Amazon to dozens of HBO movies, television series, documentaries, and sports.

If you would like to watch or rewatch DC movies, Jason Bourne, X-Men Apocalypse, Central Intelligence, or many other hit movies, sign-up today for your HBO Channel trial, via Amazon.
Posted by Jimmy in GA at 6:45 AM