Did you see the premiere of Star Wars Rebels?  The premiere episode/movie "Spark of Rebellion" was a fantastic introduction to the new series.  If you would like to learn more about the new series check out my Rebels news site, Rebels' Hidden Fortress. 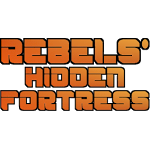 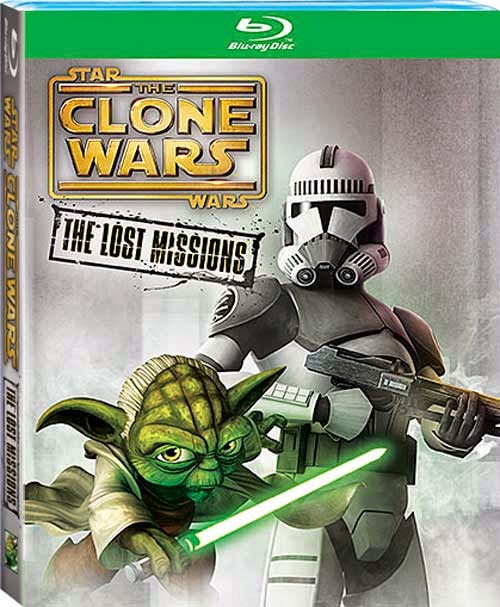 Star Wars: The Clone Wars The Lost Missions is coming to DVD and Blu-ray in the U.S. on November 11.  You can pre-order now at Amazon.com.

Star Wars: The Clone Wars "The Lost Missions" was first released via Netflix in the United State and Canada in March 2014.  The Lost Missions was later released in digital formats, via iTunes, via Amazon Instant Video, and others.

For more information check SaveTheCloneWars.com.
Posted by Jimmy in GA at 12:26 AM 0 comments

Watching the first Harry Potter movie, the main characters remind of a TV series that was popular in the 90's when the book series began, Boy Meets World.

I don't know if J.K. Rowling ever watched the American TV series that aired for seven seasons from 1993-2000.  However, Harry Potter could be the wizarding version of Corey Matthews, and Hermonie could definitely be like the early know it all, Topanga Lawrence. 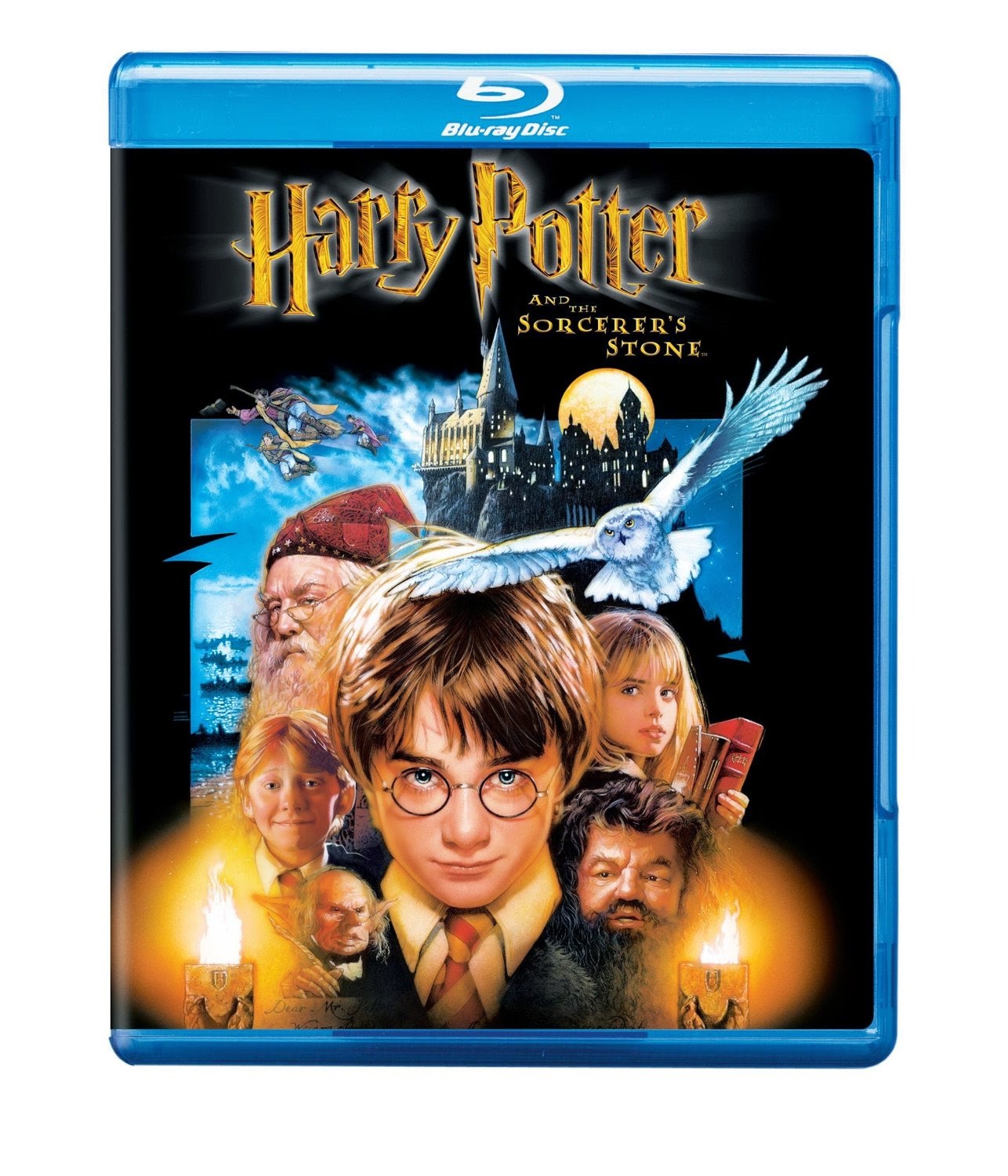 Once you get to Ron Weasley, he's not quite the loner Shawn Hunter.  However, Ron and Harry certainly got into a lot of trouble together, as best friends, like Corey and Shawn.

From there you can make connections between other characters.  I think Hagrid could be the next door neighbor/teacher Mr. Fenney, since Corey learned as much from him outside of the class room.

Perhaps the world will never know if there is any connection, but if Harry Potter the next generation comes out, and it follows the set up of Girl Meets World currently on the Disney Channel, we might have some more evidence.
Posted by Jimmy in GA at 10:18 PM 0 comments

Sunday, I saw on the Huffington Post that a hiker ran across a town that was abandoned supposedly 100 years ago.  At the bottom of that story, there was a link to a story about the Lake Shawnee Amusement Park that shut down and abandoned in the mid 60's.

Robert Hogue has an album on Flickr which includes the theme park.

It might sound like an episode of Scooby Doo, but this amusement park was built on an ancient Native American burial ground and after several accidents it was closed.  Check out the article from roadtrippers.com for some creepy photos of this abandoned theme park.

After seeing this story, I searched for other abandoned theme parks, and I learned about Disney's River Country. It was shutdown and abandoned about a decade ago.

Adamthewoo on YouTube posted a video back in 2010 of he and a friend sneaking into the abandoned park which still has music playing. 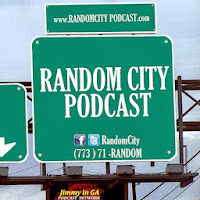 In this episode of the Random City Podcast, I briefly discuss my Top Ten Favorite Super Heroes.  Last month, a little while before recording this episode, I wrote a brief post about the subject.  Check out my Top Ten here.

As always, feel free to email into the show at randomcitypodcast@gmail.com.  You can also follow Us on Twitter, like Us on Facebook, or add us in Your Circle on Google+.  You can also call or text us at (773) 71RANDOM.

I'm not a cosplayer.  I haven't really even dressed up for Halloween all that much.  Of the times I have dressed up, my favorite is probably Halloween 1997.

That year, I made an nWo t-shirt, painted my face like the WCW superstar Sting and grabbed a baseball bat, and I had a great Sting costume.

Sting had long been one of my favorites in wrestling, and in the build up to his showdown with the nWo, Sting was probably the most popular in his career

I have been making some top ten lists as of late, and decided that next up should be my favorite zombie movies.  As you may notice from the list, I like humor and George A. Romero. 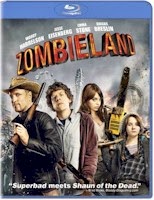 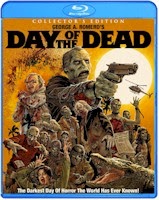 
10.  Night of the Living Dead (1968)
The originator of the modern genre, and it has to have a place high on any top zombie movie list for it's influence alone.  This movie holds up well even after 40+ years, and has influenced most if not all of the films on my list.

9.  Night of the Comet (1984)
One of a few movies on this list, that I saw when I was young.  This has a nostalgic place on my list with the old fashioned comet flying past earth that wreaks havoc.  The people who watched the comet for the longest died and were turned to red dust, those who watched the comet for a brief time became zombie, and those who did not watch the comet were normal.

8. World War Z (2013)
The Brad Pitt movie that featured fasting moving army ant-like zombies was entertaining.  I liked the way around the zombies in the movies when they didn't attack the weak or sick, that was an interesting twist on the genre.  I also enjoyed getting to see a large scale zombie apocalypse and world travel, instead of being confined to a small area.

7.  Return of the Living Dead (1985)
This was the first zombie film I remember seeing as a kid that had humor (the second one even more so), and yet it still scared me.  This was available on Amazon Prime Video a while back and I re-watched it for the time in forever.

6.  Night of the Living Dead (Remake) (1990)
Remakes and reboots have been a trend in a Hollywood for a long time now.  This is one remake that I like more than the original.

5.  Resident Evil Franchise (2002 - Present)
I know these films are not popular with everyone, but I have re-watched all five movies several times, and I enjoy the super heroics of Alice in her dealings with zombies and the Umbrella Corporation.

4.  Day of the Dead (1985)
Romero let the zombies grow and evolve in this chapter of his series, and by the end you are rooting for "Bub" to get Rhodes.

3.  Zombieland (2009)
I love the humor/horror mix in this film, the cast is brilliant.  Bill Murray is so awesome in his scenes.  This is also a sentimental favorite since portions of it were filmed at the near by Wild Adventures theme park.

2.  Dawn of the Dead (1978)
George A. Romero's masterpiece is the first zombie movie that I remember watching as a kid, and I loved the idea of living the mall for protection and supplies.  The premises is still a fantastic one, which brought us a well received remake and help to inspire a popular video game franchise, "Dead Rising."

1.  Shaun of the Dead (2004)
This is the zombie movie that I have watched the most.  If I'm bored on a Saturday afternoon and can't think of anything else watch, this is one my choices to start up.  I love British TV and British humor, so that helps to make this one my favorites.  I like Shaun's journey in this movie, and I really appreciate it that this movie has a happy ending, since most zombie movies don't end well for our protagonists.
Posted by Jimmy in GA at 10:01 AM 0 comments

I had heard about this book several years ago, and I thought that it sounded interesting.  I also remember walking into the local Books-A-Million, and seeing the cover the first time, I thought that it looked awesome with bloody storm trooper helmet and chains (pictured left).  Even though it sounded and looked good, I did not rush out and pick up a copy of this title.

A few months ago, I saw the hard cover at a local bookstore at a discounted price, and I couldn't pass it up.  The first half of the novel is a lot of introductions to the characters and the settings, and then almost everyone dies from a mysterious illness, and the fun begins.

I read the second half of the novel very quickly, and I really enjoyed the action and suspense.  There one thing that I will not mention, so as not to spoil anything, but there are two characters in the novel that I was unaware of as I started reading, and they were an interesting turn in the story.

If you like Star Wars and you like zombies, this was a fun read in the galaxy far far away.